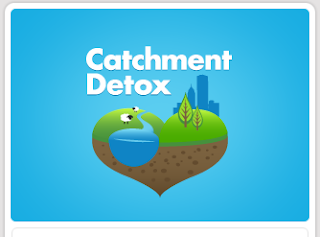 It’s an online game where the player manages a virtual river catchment. The game goes for 100 turns and you make as many changes to the landscape as you like (you can also do none!) before taking your next turn. The aim is to create an environmentally happy catchment with a sustainable and thriving economy.

What are the values in the game? What does it teach?

Are you up for the challenge?
http://catchmentdetox.net.au/home/
Posted by Education Coordinator at 6:36 PM 1 comments

Pepper people who save water? Who ever heard of such of thing? 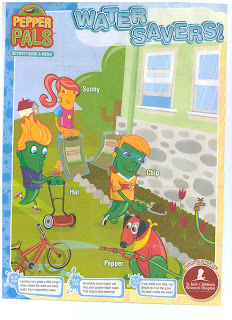 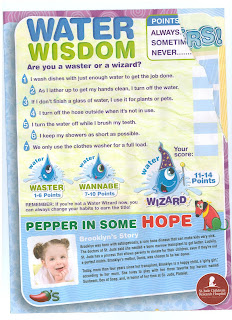 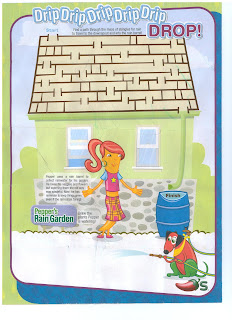 It is so exciting to see everyone coming together to encourage one another to be more water wise. This blogs idea came from a young and VERY cute water saver in Plains Texas. Helee Blount saved his menu for me to use on our blog. Thanks Helee ( and Mom Amber) 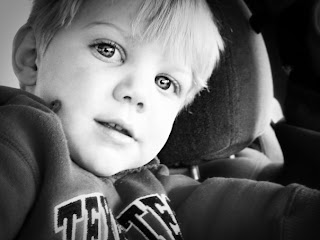 Posted by Education Coordinator at 7:02 AM 0 comments 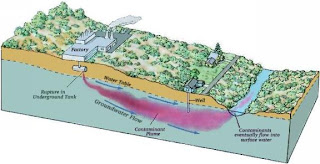 Often Confused With...A Plume is a feathery accessory attached to a hat or other headgear. This plume floats merrily along with the direction of the wearer, and tends to disrupt the concentration and sight lines of other persons near the Plume’s source 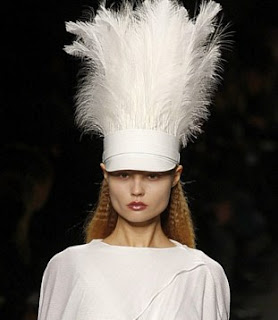 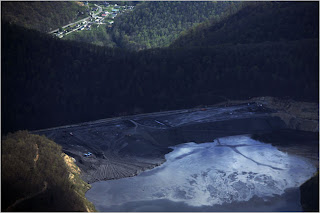 Often confused with…Slurpee
Slurpee is a semi-frozen, carbonated drink sold by 7-Eleven stores (originally sold as Icees). Slurpee drinks are served fountain-style at a frosty 28 degrees. Slurpees have been known to pollute automobiles by seeping between seats into upholstery and floor mats. 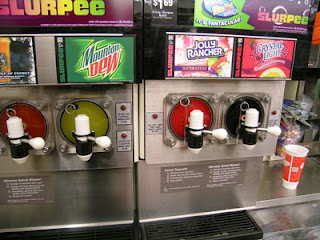 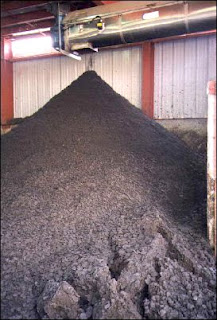 Often confused with…Cake is a moist and delicious material produced when certain ingredients (including water) are mixed and baked. It is often used in celebrations. Packaging and broken-down ingredients usually end up in landfill. 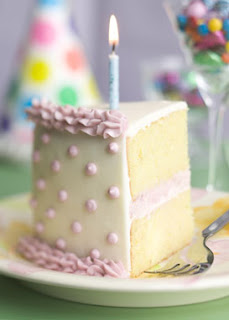 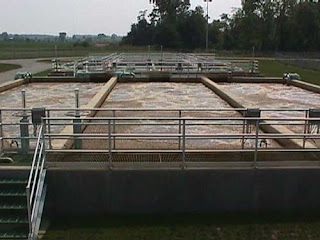 Often confused with…Alcoholic beverages which contain alcoholic liquids that are distilled, not fermented, and one or more other ingredients. Note: may or may not contain water. 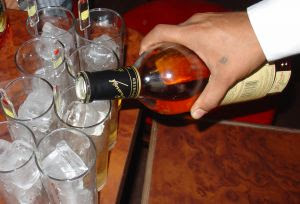 ------------
I came across the water dictionary through a witty blogged called Thirsty in Suburbia. Let's face it, water is not the most exciting topic to read or talk about but this website does a good job of living the topic up a bit.
http://blog.gayleleonard.com

Posted by Education Coordinator at 7:19 AM 1 comments

Resolution: "The state or quality of being resolute; firm determination. Resolving to do something…"

“For many, the beginning of a new year brings the commitment, promise and plan to change one's lifestyle." Many resolutions are made but difficult to carry out Statistics show that somewhere in the vicinity of 97% of New Year's resolutions won't be kept.

"Making a New Year's resolution to save water and limit water use is good for the environment and the pocketbook.” Not to mention, it’s a lot easier to turn off the faucet while brushing your teeth than losing ten pounds.
We have compiled a small list of water saving tips to get your started on your new year and new you. GOOD LUCK

•Water no more than two days a week during the winter months.

•Water before 9 a.m. and after 5 p.m. to prevent water evaporation.

•Limit watering to 15 minutes outdoors each day per station. Use a weather based controller to prevent overwatering during wet weather.

•Use a hose nozzle with a shut off valve while washing your vehicles.

•Turn off decorative water features unless they re-circulate water.

•Repair your leaks immediately. This could save you hundreds of gallons of wasted water a month.

•Avoid water waste by doing your best to limit water use while doing yard work. Don't allow water to runoff onto sidewalks, driveways or gutters. Use a broom instead of a hose to wash down paved surfaces.