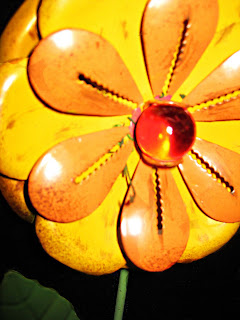 Last night I attended the Martin County Community Banquet in Stanton. I was there representing the PBUWCD. The District had a display set up to show those who attended,what the PBUWCD offers to citizens in the county. 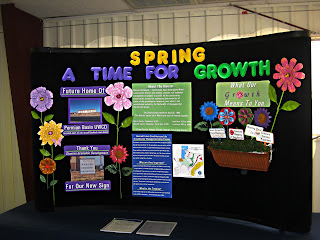 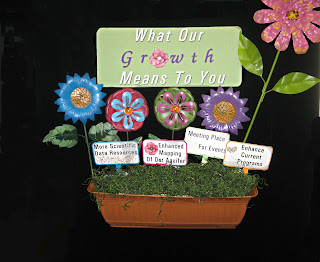 Coming from a small town myself, I always enjoy being around those who hold the same small town values as traditions as myself. It is so great to see so many people come together to support their community. The banquet had a host of speakers including employees of the Martin County Extension office and others who held county offices. The principals from the two schools in the county, Grady & Stanton, presented two students from their schools with student of the year awards and also gave a teacher or the year award. 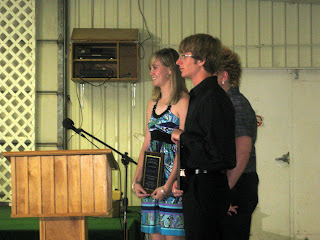 The community also awarded a person of the year award and an Ag family of the year award. I had such a great time being with a room full genially caring people and a loving community.
Posted by Education Coordinator at 8:20 AM 1 comments

The deadline for groundwater conservation districts (GCD), within each of the state’s 16 GMAs, to set their Desired Future Condition (DFC) is September 2010. That date is fast approaching, and GCDs are discussing what the right or wrong DFC is for their area.

The article below weighs in on the DFC process and concludes with the true purpose behind the madness. Post a comment below and let us know what you think about the DFC procedure.

What do you want the future to look like?


We are not often given the opportunity to answer a question like this with any certainty, but some of us might get the chance to have some influence on the future of the state’s groundwater resources. This will be accomplished by groundwater management experts agreeing upon the desired future condition of the aquifers managed by groundwater districts.

Since 1904, Texas groundwater has been ruled by the law of the biggest pump or, more diplomatically, the rule of capture. With a number of exceptions, the rule of capture allows landowners to pump as much water as they choose without being liable for claims from surrounding landowners that the pumping caused their wells to go dry or diminished their production. (The Texas Supreme Court established this principal in 1904 in Houston & T.C. Ry Co. v. East, often called the East case). In more recent years, the court has reaffirmed the rule of capture and deferred to the Legislature regarding the regulating of groundwater; the Legislature has stated its preferred method for regulating groundwater is the creation of groundwater conservation districts.

When the court arrived at its decision in 1904, it noted the general and particular knowledge of groundwater — how it acted, how it moved — was lacking, and without that adequate knowledge, the court was hard-pressed to go beyond affirming the rule of capture:“Because the existence, origin, movement and course of such waters, and the causes which govern and direct their movements, are so secret, occult and concealed, that an attempt to administer any set of legal rules in respect to them would be involved in hopeless uncertainty, and would be, therefore, practically impossible.”

Thankfully, science has progressed a bit since then, and we have a greater (albeit unperfected) understanding of the water underneath us. Local groundwater districts, together with the Texas Commission on Environmental Quality and the Texas Water Development Board (TWDB), work toward a better understanding of the water underground. Back in 2005, the Legislature passed a law designed to encourage regional cooperation and collaboration among groundwater districts in a groundwater management areas (GMA). The districts within each of state’s 16 GMAs are directed to conduct joint planning and, through a process which includes assistance from and cooperation with TWDB and regional water planning groups, to establish the desired future conditions for their groundwater resources. The determination of the desired future conditions for these groundwater resources will be accomplished by September of this year.

An additional issue complicates this: the question of regulatory takings. Does setting a desired future condition for an area, and in effect, placing pumping limits, constitute a taking of private property? That’s a question for the lawyers and, in fact, there is a case currently before the Texas Supreme Court asking that question and there are a good number of people interested in the answerI

So there it is: by taking in and weighing all these complex political, legal and scientific factors, we can, as a people, determine what we want our groundwater resources to look like in the future. By carefully husbanding these resources, we can at least take an educated stab at predicting and arriving at a sustainable future for the groundwater resources of our state.

After all, this is the whole purpose of the state water planning process begun in 1997 by SB 1, to ensure generations unseen and unknown will have adequate water resources to live their lives. Or we can choose a more rapid depletion and an uncertain future for those that follow. We are a free people: the choice is ours.

source: T.A.G.D. via email
Posted by Education Coordinator at 7:24 AM 1 comments

Not only do about 12 million households nationwide rely on private wells for their water supply, many community water systems rely on groundwater in whole or part to meet water demands, and groundwater supplies much of our nation’s water for agricultural irrigation. Groundwater, makes up about 95 percent of all available fresh water. 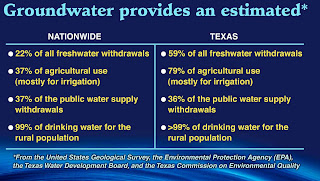 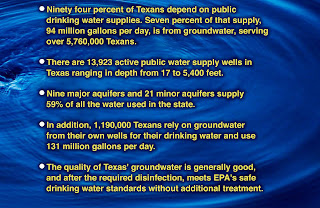 Everyone can easily become good stewards by protecting groundwater through the proper storage, use, and disposal of hazardous household substances. These include common products such as gasoline and oil, paints and paint thinner, fertilizers, weed killers, pesticides, and cleaning products.

Posted by Education Coordinator at 11:46 AM 1 comments

We have a few more weeks until the "official" day of Spring but Spring fever has already hit my desk! The Education Cooperative will be hosting and participating in numerous events for the months of March, April & May. I will be blogging about each event as they arrive. Until then, here is a hint of what you can expect... 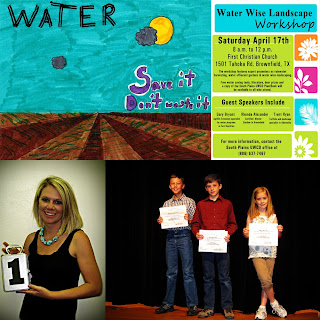 Posted by Education Coordinator at 9:53 AM 0 comments